We are committed to reducing our environmental footprint, adapting to climate change and safeguarding biodiversity.

80% of all electricity used by the Group stems from its laboratories, with the remaining 20% used in offices. Energy performance-improving initiatives for our buildings have been rolled out, including LEED certification, the installation of LED lighting in our laboratories and the use of renewable energy.

Due to the nature of its business activities, in terms of volume, Bureau Veritas' main form of waste is paper. To cut back on consumption levels and reduce the ensuing waste, a number of initiatives have been put in place, including issuing electronic reports, and electronic archiving and printing when clients and regulations authorize such practices.
Finally, our ISO 14001 certification ensures a high level of control over our environmental management system and the waste produced by Bureau Veritas' activities. 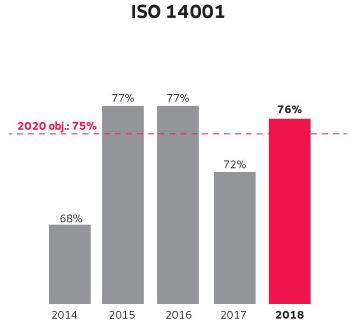 Bureau Veritas voluntarily submits all its environmental practices and, more generally, its CSR practices, for assessment by the ECOVADIS agency, the Carbon Disclosure Project and the Dow Jones Sustainability Index.
ECOVADIS has awarded Bureau Veritas a rating of 68/100 since 2016. This rating allows the Group to maintain its "Gold" status. 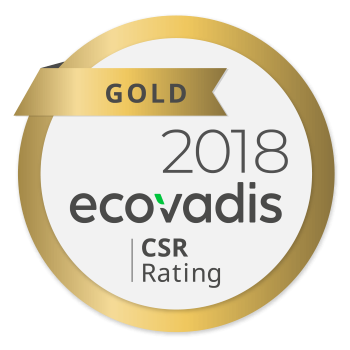 The CDP, formerly known as the Carbon Disclosure Project, is a non-profit organization that studies the impact of the world's largest listed companies on climate change. In 2018, the Group was assessed once again, and was awarded a B, thus putting Bureau Veritas above average for its sector in terms of climate change performance.