The Board of Directors of Bureau Veritas, following its meeting yesterday, announces the renewal of the term of office of the Chief Executive Officer, Didier Michaud-Daniel, until the Annual General Meeting in June 2023, which will be called to approve the financial statements for the year 2022.

As of May 1st, 2022, Hinda Gharbi will join Bureau Veritas as Chief Operating Officer and will be a member of the Executive Committee. The Board of Directors' decision is the result of a rigorous selection and recruitment process, as part of succession planning for the Chief Executive Officer, led jointly by the Nomination & Compensation Committee and Didier Michaud-Daniel.

On January 1st, 2023, Hinda Gharbi will assume the position of Deputy CEO of Bureau Veritas. The Board of Directors will appoint her as Chief Executive Officer at the end of the 2023 Annual General Meeting.

Hinda Gharbi will join Bureau Veritas from Schlumberger, a global technology leader in the energy sector, where she is currently Executive Vice President, Services and Equipment. In this role, which she has held since July 2020, she oversees products and services for the Group as well as digital topics.

With a degree in Electrical Engineering from the Ecole Nationale Supérieure d'Ingénieurs Electriciens de Grenoble, and a Master of Science in signal processing from the Institut Polytechnique de Grenoble, Hinda joined Schlumberger in 1996, choosing to start her career in the field in the Nigerian offshore oil fields.

During her 26 years with the Group, Hinda has held a variety of general management positions in operations for Schlumberger's core business activities at a global and regional level. She has also assumed cross-functional responsibilities including Human Resources, Technology Development, and Health, Safety and Environment.

Hinda Gharbi has worked and lived on multiple continents: in Nigeria, France, Thailand, Malaysia, the United Kingdom and the United States.

Aldo Cardoso, Chairman of the Board of Directors of Bureau Veritas, said:

"The Board of Directors designed a succession plan for the Chief Executive Officer, a position successfully held by Didier Michaud-Daniel since March 2012. This transition will allow for an effective handover and progressive onboarding for Hinda Gharbi in her role within the Group. The Board of Directors is unanimously convinced that Hinda Gharbi's career and personal qualities are aligned with the profile and culture of Bureau Veritas. Her international experience, her technical and technological expertise and her strong customers’ and people focus are in harmony with the DNA of the Group and its key priorities. Supported by Didier Michaud-Daniel and the members of the management team, Hinda will continue the development of the company by creating sustainable value for its customers, employees and shareholders. On behalf of the Board of Directors, I welcome Hinda Gharbi ". 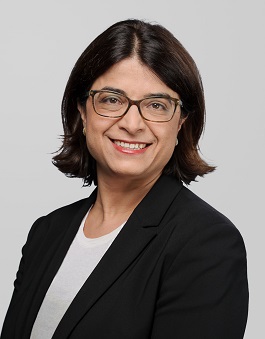 Since July 2020, Hinda Gharbi has been Executive Vice President in charge of Services and Equipment, as well as digital topics for the Schlumberger Group, a global technology leader in the energy sector.

She began her career with Schlumberger in 1996 as a Wireline Engineer in Nigeria's offshore oil fields. Hinda Gharbi has worked and lived in Nigeria, France, Thailand, Malaysia, UK and USA.

Hinda Gharbi holds a degree in Electrical Engineering from the Ecole Nationale Supérieure d'Ingénieurs Electriciens de Grenoble, and a Master of Science in signal processing from the Institut Polytechnique de Grenoble.